TEC Paul Higgins DINGO SoftwareOne of the biggest challenges for innovative businesses is taking an idea and translating it into an effective product. For an established organisation, this requires building original thinking into every aspect of the company to keep creativity central to the company’s operation.

These demands that come with running an innovative organisation have certainly been felt by DINGO – a Brisbane company offering cutting-edge maintenance software to the Australian mining sector. For the company’s CEO Paul Higgins, this has meant taking the time to make creative problem solving a fundamental part of his company’s DNA.

This success has seen DINGO receiving professional recognition, with the organisation winning the Austmine Innovation Award for the Mining Equipment Technology and Services (METS) sector.

The challenge: Selling a Service in a Difficult Market

Maintenance in the mining sector is a major cost, which is why companies are increasingly investing in proactive care to ensure machinery operates as it should. This space has provided room for DINGO to enter the market by bringing the product under a single umbrella framework.

However, many larger mining companies are hesitant to take on a third-party provider for something as essential to their operations as diagnostic work for larger pieces of machinery. Instead, many prefer to build their own software – often with limited results.

“The natural tendency of most companies when they see this opportunity is to want to do it themselves,” states Paul. “That has been the biggest challenge honestly because, while their intentions are good, they put people on to this project internally and those people are already pretty busy. They can’t bring the same focus that we can.”

For Paul and his colleagues, this has presented a unique challenge to convince major mining companies of the value of their service through a period when many in the mining sector are looking to cut costs and reduce overheads.

Paul and the team at DINGO recognised that in order to build this relationship, they would need to develop an innovative product offering and win over mining clients who may not have considered working with a third party.

“We’ve been working hard to show [mining engineers] that we really are partners for them, rather than trying to do their job,” said Paul.

We’ve developed a couple of ways that customers can trial the product that are very low risk, either through a pilot program or limited trials – and that’s been very successful. The other big thing that people do appreciate about us is that we are on their side – we aren’t connected to equipment manufacturers so they can count on us for advice.

As well as winning over clients, innovation has become a central part of the business’s development and is a core part of the company’s DNA.

“We applied some of the best principles in innovation and, even though we’ve been around for a long time, we carved out a small team to do something innovative and get it out to customers quickly, get feedback and develop a viable product,” said Paul.

That approach has also extended to DINGO’s strategic planning, where innovation has become a core part of the business’s long-term objectives.

“We are always looking to develop a blue-ocean strategy – don’t go to where the competition is, go to where the competition isn’t, that’s the central tenant for a blue-ocean strategy and that’s what we’ve done. Coming up with that strategy is the easy part. executing it – that’s hard and you do question yourself when everyone else is moving in a different way. But it’s paid off for us.”

Just one example of this commitment to innovation has been the company’s app for smartphones, giving users on a site instant access to collecting and analysing information on maintenance issues. With the app fully synchronised with DINGO’s suite of condition management software, the app exemplifies the creativity the company is bringing to this sector.

The results: Critical Recognition for an Innovation-Driven Business

For Paul, the strongest sign that the company is doing well has come in the form of recognition during Austmine’s 2015 awards. In mid-May, the company was awarded the Innovation Award for the METS sector for its app software, only the second time the award has been offered.

Speaking about the importance of innovation, Paul highlighted how the development of this app, and similar innovations, shouldn’t be seen solely as an area for new companies.

“I think often at times we associate innovation with startups. Innovation isn’t a one-off, it’s something that small- to medium-sized companies bring to industries like mining.”

Paul’s experience as a long-serving TEC member has also helped him over the course of growing his business and in building this culture of innovation within the firm.

This began when he first joined TEC in 1999, a membership he maintained after moving to Colorado, where he continued to take part in a group. After moving back to Australia, Paul became one of the senior members of a new TEC group, helping him to see how useful this forum is for business owners trying to grow their operations.

“Going over to the US, the businesses were bigger and it was a bit intimidating at the start because our business was quite small,” said Paul. “Eight years on, I would say the biggest challenge was leaving that group because I’d become very good friends with a number of the people in that group. Coming back, I joined a group that was just getting together. We all agreed ‘let’s take this to the next level’ and, after being together for a long time, we are reaching that higher plane of performance where people are willing to share.”

Having been in TEC for so long, Paul has also seen many of the common issues that affect organisations of all sizes.

“Just having been in TEC for 15 years, I’ve seen a lot of similar issues come up – issues with family businesses, with growth, with customers and of course with equity and senior management.” 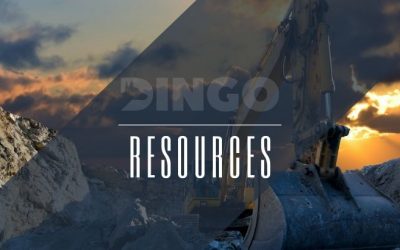 END_OF_DOCUMENT_TOKEN_TO_BE_REPLACED

In order to gauge the ongoing performance of your predictive maintenance program and improve compliance, it's important to measure results that tie directly to your KPIs. Using asset health and performance dashboards, TRAKKA shows condition data from the operation...

END_OF_DOCUMENT_TOKEN_TO_BE_REPLACED

The Practical Application of Predictive Analytics

END_OF_DOCUMENT_TOKEN_TO_BE_REPLACED

Get expert advice and company updates delivered to your inbox.

We use cookies to ensure that we give you the best experience on our website. If you continue to use this site we will assume that you are happy with it.Ok