Paul Higgins Interview In Brw | DINGO In The News

An alliance and investment from a global oil and gas player turned from brilliant idea into rookie error for the managing director and majority shareholder of mining software provider and consultant DINGO, Paul Higgins.

From the early 1990s, the company had provided software to mining companies to use in the analysis of lubricant oil from large machinery. Oil analysis can measure if equipment is in good working order or if it requires maintenance. At the height of the dotcom boom of the early 20005, Higgins saw the opportunity to become a web-based software provider.

ConocoPhillips, the US oil and gas giant, bought a 10 per cent stake in DINGO for “a good chunk of change that would allow us to develop our new software platform”, Higgins says. The investment wasn’t the problem. ConocoPhillips remains a Shareholder, with a seat on the board.

The companies agreed that ConocoPhillips could have exclusive access to the DINGO technology for their mining customers and DINGO could get access to ConocoPhillip’s non-mining customers. “We thought we’d hit the jackpot for mining but they had oil and gas customers, bus companies, car fleets, trucks, everything,” Higgins says. “We thought we would be able to sell our software into all these other industries. This was

While mining companies were prepared to pay for the service, the bus companies and others believed their lubricant suppliers should supply it for free. “Our value proposition is you take the oil out and analyse it and you can head off a failure before it comes but we charge mining companies a lot of money to do that and they’re willing to pay,” Higgins says. “Their margins are strong.”

But this wasn’t the same for companies outside the mining industry. Higgins persisted anyway. “It was about $1 million worth of business we got by beating our head against the wall but I thought ‘this is just not working’.”

In 2005, Higgins and his team confronted the “elephant in the room” – the pursuit of oil sampling for unprofitable industries. “My accountant said ‘Yeah, we don’t make any money on that’,” Higgins remembers. “So I decided in 2006 to can what was one-third of our revenue, which was not an easy decision to make.”

Higgins focused on mining again and came up with an enhanced offering. “These [oil analysis software] systems generated heaps of information and data and were spewing it out to these customers but no one was taking it the last mile of the value chain, which was making sure that when you discover something is going wrong that you actually fix it up.”

In 2007, DINGO got gold producer Newmont Mining on board with the latest incarnation of their service. That year it turned over about $4 million. ‘This increased to $6 million in the past financial year and Higgins says DINGO is on track to grow by another 50 per cent this year.

About BRW
BRW is the leading business magazine examining the trends and opportunities shaping Australian business. In news, analysis and opinion they focus on the innovators, entrepreneurs and strategies driving growth and profit in large and small Australian businesses. Read more at brw.com.au. 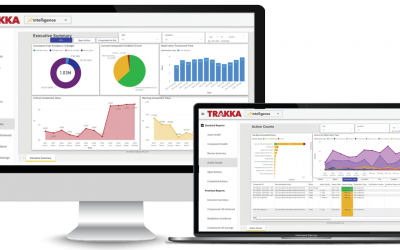 DINGO's new software release enables intelligence-driven decision-making at every level DINGO is proud to announce the release of intelligence™, the evolution of asset health data, powered by Trakka®.intelligence™ allows users at any level of an organization to...

END_OF_DOCUMENT_TOKEN_TO_BE_REPLACED 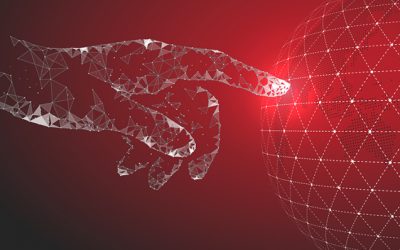